The Great Wall of China Information and Travel Guide 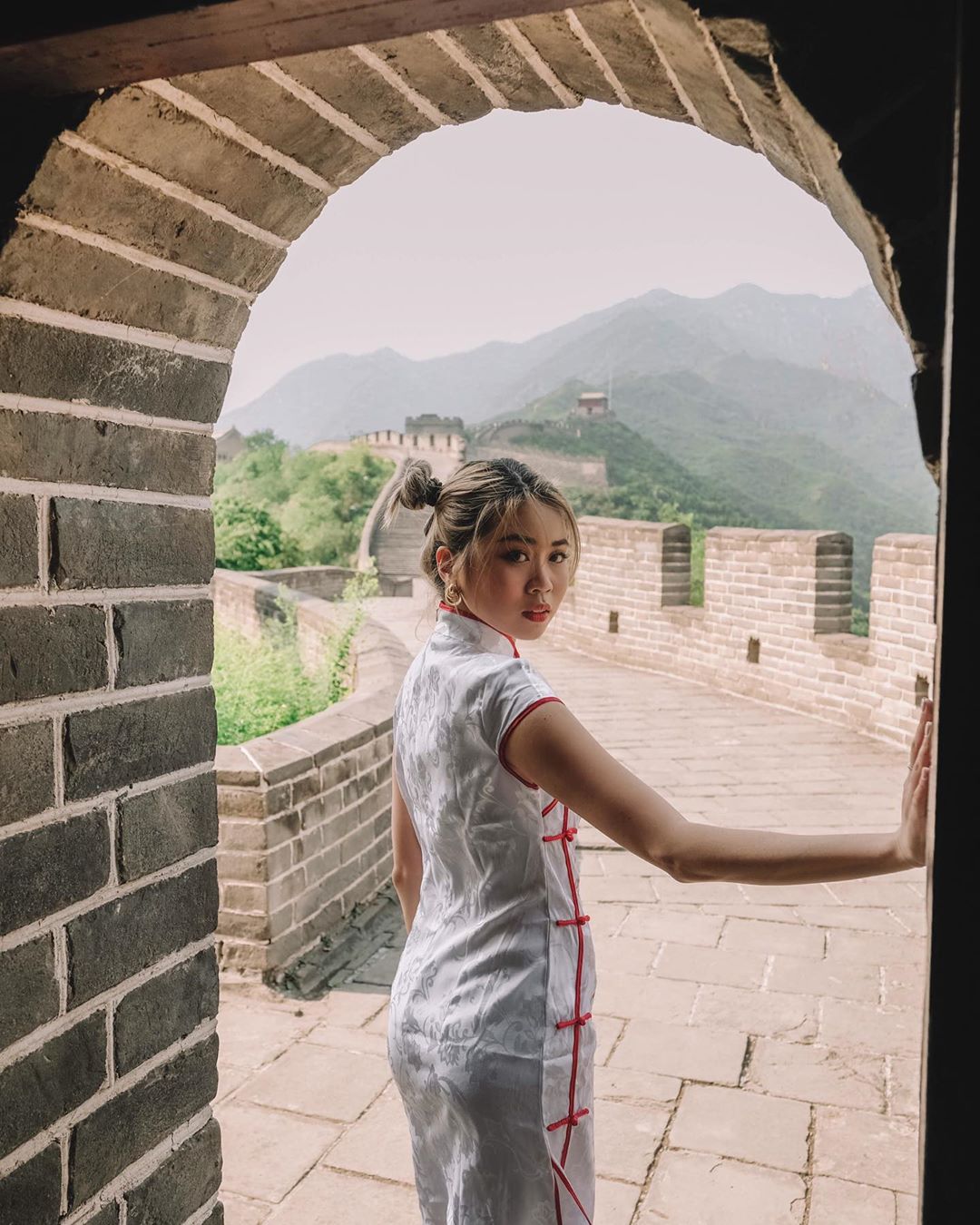 The Great Wall of China (Wanli Changcheng) is the world’s largest man-made structure, 8,850 kilometers in length, and 21,196 kilometers, according to a new archaeological survey. The city walls, whose construction lasted for centuries and spread over the ages, are among the most famous and touristic places in the world and are among the research topics. This trip, which includes information about the Great Wall of China, which is easy to visit from Beijing, as I did, contains answers to questions such as why the wall was built, who built it, how long it was, its history, where, how to get there, and whether it would appear from space.

Where is the Great Wall?

The Great Wall of China In the north of China, the giant defense walls extending in the east-west direction begin on the shore of Po Hay Bay and extend westward past the vast geography. It spans 15 provinces of the country. It travels from the Shanghai Pass in Hebei province to the east to Jiayu Pass in Gansu province in the west.

How to get to the Great Wall of China? travel Guide

I have some bad news for you; Unfortunately, to go to the Great Wall of China, you have to go all the way to China. Before you answer the question of how to get to the Great Wall of China and give travel guide notes, you can find out the time of departure from the capital on the map below. Badaling, Juyong Pass, Huanghuacheng, Jiankou, Mutianyu, Gubeikou, Jinshanting, Simatai and Huangya Pass can be visited easily and daily. 630 kilometers of the city walls are located in Beijing .

Mutianyu Walls – How to get there

Mutianyu Walls can be preferred for an easy Chinese Great Wall tour from Beijing. From the Dongzhimen bus station in the city center, you can take the 916 Express (full CNY 12 CNY, Beijing Transportation Card and CNY 6, Chinese Yuan Yuan, Renminbi) or take the 916 bus at Huairou Beidajie stop on Huairou North Avenue, then h23, h24, h35 or h36 The bus arrives at the Mutianyu Roundabout junction and walk 450 meters to reach the ticket sales office. The full ticket costs 45 yuan, children over 60 and 25 yuan to children, free of charge to children taller than 120 inches, I was amazed at what a wonderful pricing.

From Beijing Central Station ( Beijing Huochezhan) to the Mutianyu Walls, you can go to Dongzhimen Station by taking the subway number 2 and take the surface to exit 916 Express bus.

How to get to the Great Wall of China? Travel Guide.

The 5,400-meter Mutianyu Suru was first built by the Northern Qi dynasty (550-557). The patriots of the Ming Dynasty, renowned for their patriotism, Tan Lun and Qi Jiguang rebuilt the fortifications, strengthening their defense potential.

The city walls have been the northern protection shield for China for generations, defending the capital and the tombs of the emperors.

Mutianyu Walls, most of which are made of granite slabs, have a height of 7 to 8 meters and a width of 4 to 5 meters. Some of the trench walls are not rectangular but saw-tooth shaped. Under the trench walls, there are curved square gratings on the top, unlike traditional round gratings.

Unlike Badaling Walls, which are always overcrowded, Mutianyu is often secluded and more impressive. I would go to Beijing more than once and if you have enough time, I recommend both, and only Mutianyu. There are restaurants in Mutianyu but it is quite expensive by Chinese standards, I ate the egg soup which is the cheapest thing on the menu, here is the photo: Chinese cuisine

To get to Badaling Walls, Deshengmen is a 5-10 minute walk from Exit B2 exit of Jishuitan metro station of metro line 2 and you can take the bus number 877 departing from 06:30 am to 12:30 pm. This direct bus, which costs 12 yuan and lasts for 1 hour, needs to walk a bit from the last stop or go with a pulley car.

Another transportation option is the number 1 tourist bus that departs from the southwest of the Qianmen Arrow Tower on the south side of Tiananmen Square. There is a guide on the tour bus which costs 20 yuan; it leaves every half hour and takes 100 minutes.

There is also the bus number 919, but it takes a long time because it stops at many stops. If you want to go by train, you can take the S2 train (6 yuan, 1.5 hours) from Huangtudian station, get off at Badaling train station and walk for 15 minutes or take the free shuttle bus from the station to the cable car.

Why was the Great Wall of China Built?

The Great Wall of China was laid by more than 20 kingdoms during the Warring Principalities of China (770 BC – 221 BC). Chu, Qi, Yan, Wei, Han, Zhao, Qin built the first sets on their borders to protect the kingdoms from each other. Qin, Zhao, Yan kingdoms were built to stop the attacks of XiongNu, DongHu, LinHu, Hiung-nu and protect the northern borders of the country. China’s first Emperor Qin Shi Huang decided to protect the north of the country with an insurmountable defensive wall.

There are different views on why this gigantic construction was built and its purpose; defending the borders of the country against the attacks of Mongol and Turkish tribes against China from the north, especially Hiung-nu ; to punish the captive rulers of the principalities destroyed at the end of long wars in exile and heavy works; avoid escapes from the country; to show the public and the country that the country is united under one rule.

Why was the Great Wall of China built?

The Great Wall of China History and Story

The Great Wall of China

Information about the Great Wall of China

The Great Wall of China

Seddin thickness and height vary from place to place. The Great Wall of China is not entirely made up of bricks and rocks, some parts are very weak, the mortar can be found in the environment around the soil, stone, wood, brick pieces, clay or lime was made by joining materials, the state is not strong enough to protect the attack, but the enemy will slow down .  Usually the height of the wall is 4-6 meters, the base thickness is 7 meters and the top thickness is around 6 meters. Horses and carts can ride on large areas. There are visor and archer holes along the thick walls. A watchtower or castle at 200 meters; There is a lighthouse at 9 kilometers. Palaces and temples were also built on the walls. In some places, sets are made in several rows to allow gradual defense.

The Great Wall of China is 21,196 kilometers in length.

The historic building was named UNESCO World Heritage Site in 1987, and one of the Seven New Wonders of the World on July 7, 2007. Their name in Chinese means Wanli Changcheng “10,000 Mile Wall” and Changcheng “Long Wall”. Informal names in literature and legends are Zi Sai (Purple Frontier) and Tu Long (Earth Dragon). Its length is 21,196 kilometers according to official and current information.

The Great Wall of China?

Who would think to build the world’s largest structure in such a place?

Information about the Great Wall of China

Many books have been written, researched and filmed about the world’s largest structure . The most popular film today is the 2016 production of 104-minute historical fantasy and adventure genre from the US and China-produced The Great Wall, directed by Yimou Zhang, starring Matt Damon, Willem Dafoe, Andy Lau, Pedro Pascal and Eddie Peng. With a budget of $ 150 million, it is the most expensive film ever made in China.

Interesting Brief Information about the Great Wall of China

Here is interesting information and little-known facts about the Great Wall of China.

1. It is hard to see the naked eye even if the Great Wall of China is rumored to be seen from space and is only 1.5 km from above. Some astronauts claimed to have seen it, but later turned out to be a river.

3. Although it was a 2,300-year-old structure, the rest of the world was unaware of it. Europeans learned through the Portuguese explorer Bento de Gois in 1605 that such a structure.

4. Although a certain number is not known, some studies show that 8.000 people worked in the construction. They consisted of soldiers, forcibly gathered villagers, criminal prisoners and prisoners of war.

7. The highest point of the Great Wall of China is on Mount Heita near Beijing and is 1,525 meters above sea level.

8. The longest cemetery in the world. Thousands of workers were buried in the construction. Some are thought to have been buried inside the wall itself. Legend has it that human bones were used in the mortar of the wall.

9. According to legend, Meng Jiangnv cried so much after her husband died in the construction of the wall, that part of the wall collapsed and his wife’s bones were revealed and buried.

10. During the Cultural Revolution of 1966-1976, some of the bricks of the wall were used in the construction of houses, farms and warehouses.

11. More than three hundred heads of state and top executives visited Badaling, the most famous part.

12. The walls of the Ming Dynasty pass through the provinces of Liaoning, Hebei, Tianjin, Beijing, Inner Mongolia , Shanxi, Shaanxi, Ningxia and Gansu and are 8,850 kilometers long.

13. One third of the city walls disappeared without any trace.

15. Tens of millions of visitors are walking on it annually.

Biri A man who doesn’t go to the Great Wall is not a hero. ” Mao Zedong

“The height of the wall depends on the depth of the foundation.” Anonymous.

Kim Who knows what the winds and rains passed through the bricks of the walls? ”Anonymous.

Mountains, rivers, lakes, deserts, surpassed you, great wall, would this be the end? This is the tip of the Great Wall in Xinjiang Province.

What’s the end of the Great Wall?