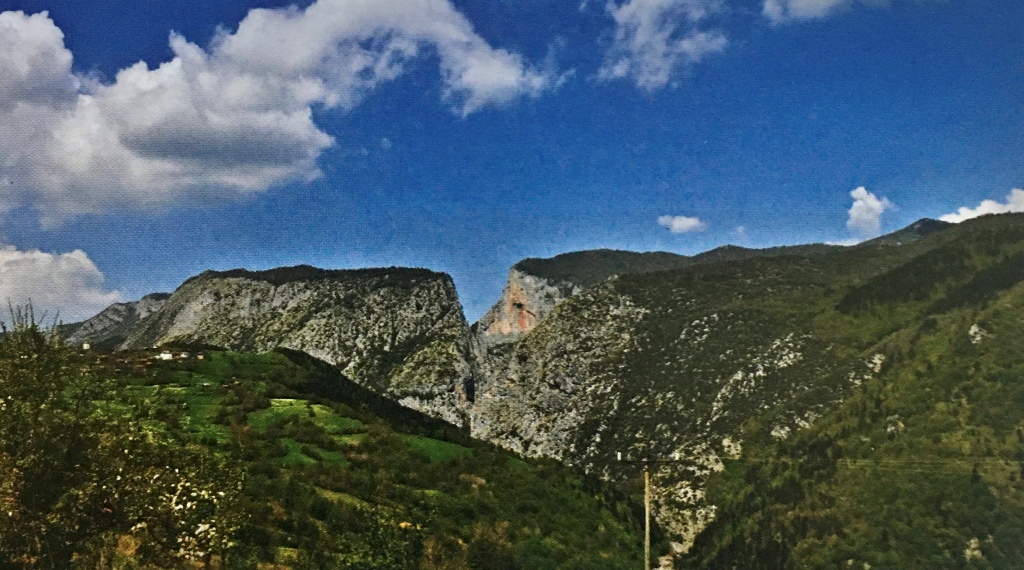 With its stunning nature, your imagination

The Valla Canyon, located in the Küre Mountains in the Western Black Sea Region, is one of the largest canyons in the world with a depth of 10 kilometers and a depth of 120 meters and it is called Wild Paradise.

In the Black Sea region West Bartin, Kastamonu and Sinop extending perpendicular to the coast throughout the province 250 kilometers on a mountain system which Kure Mountains, the WWF (World Wide Fund for Nature) has been one of the 9 areas of Turkey in Europe’s 100 protected areas. It is one of the areas declared “gift to the world” by WWF in 2000. It shows that the National Park area is an important area in terms of both biological diversity and other features. The most important feature that distinguishes the karstic belt in the National Park from its counterparts is that it has a humid climate zone and therefore has natural, old and virgin forest cover of national and international importance. These forests contain temperate beech and fir oaks, endemic plant species, forests rich in biodiversity and pseudo-maquis formations. Of the 675 plant species found in Küre Mountains and its vicinity, 109 are endemic and 49 are rare. The National Park has a rich potential in terms of fauna and wildlife. The presence of 40 to 132 species of mammals are found in this region in Turkey. In addition, endangered species such as fox, otter, roe deer and deer also live in the region. There are also 129 bird species living in the park and its immediate surroundings, 46 of which are in danger of extinction. The area is also rich in day and night predators.

The Biggest of Küre Mountains

Valla Canyon, the largest of the canyons in the Küre Mountains, is located in the northwestern part of Kastamonu province, Cide, Azdavay,

It is located between Pınarbaşı districts and Bartın province borders. The gigantic Valla Canyon, where Devrekani Stream breaks through the Küre Mountains to reach the Black Sea, starts at the location where Devrekani Stream meets Kanlıçay, 26 kilometers from Pınarbaşı district center in Kastamonu province and near Muratbaşı Village. The starting point of the canyon is reached by a 1.5-kilometer trail. The canyon, which stretches for about 10 kilometers towards Cide in the north, ends near the village of Hamitli. The lowest elevation in the region is 150 meters and the highest elevation is 1183 meters. The average land elevation varies between 900-1000 meters.

The region is generally composed of Jurassic Cretaceous aged limestones. With the effect of vegetation and rainy climate, karstification was accelerated, surface waters intensely eroded the limestone cracks at certain points, resulting in significant karstic voids.

The height of the rocky cliffs on both sides of the canyon varies between 800-1200 meters. These rocky walls house predatory birds such as eagles, hawks, vulture and kestrel. The canyon cannot be passed without a guide and equipment.

One of the places where the canyon can be seen best from a bird’s eye view is Kayabaşı Mahallesi in Sümenler Village, 27 kilometers north of Pınarbaşı. The Valla Canyon was featured in the press when 4 students from Istanbul Technical University disappeared here in 1994 and left the town of Cide 14 days later and defined it as the Wild Paradise, and became a place of visit for nature lovers. It is not possible to cross the canyon without equipment.
Along with the Valla Canyon, other natural beauties around it also offer great photos to its visitors.

Ilgarini Cave, which is considered as the 4th largest cave in the world, is within the borders of Derebucak Village of Kastamonu’s Cide district. It is possible to reach Pınarbaşı district by walking for 2 hours on foot from the steep and rocky forest pathway from Sorkun Plateau. The total length of the cave is 860 meters and its depth is 250 meters. It consists of two parts, the fossil horizontal part and the active vertical part. There are house ruins and cisterns that are thought to belong to the Roman-Byzantine period at the entrance. In addition, at the beginning of the vertical section, there is a road consisting of 24 spirals laid by man-made stones. In the continuation of this road, a well of 52 meters deep and 30 meters in diameter is reached. Then, a siphon like a lake is reached by crawling and covered with white travertine. The fossil arm is covered with beautiful cave formations in the form of travertines and chandeliers. The formations in the hall where hard-to-reach arms are opened, starting at a height of 5-6 meters from the ground, have been preserved until today and still continue to occur.

Ilıca Waterfall is located within the borders of Ilıca Village of Pınarbaşı district and is 12 kilometers away from the village. From Ilıca Village, the footpath takes an average of half an hour on foot. The water is poured from about 10 meters high; where this water pours naturally a pool was formed. The most important feature of the waterfall is that this pool is surrounded by many trees and vegetation. Again, when you go from the upper part of the waterfall, the pits and carvings formed in the rocks as a result of the erosion of the rocks with the flowing water for years add a different beauty.

There is also a bath from the Byzantines in the same village. Hammam is made of chipped stone in the form of a dome 2 meters wide
It is 3.5 meters long 1.80 meters high. The water temperature of the bath in summer and winter is 23 ° C.
There are soap dishes and carvings on the side walls of the bath for people to wash.