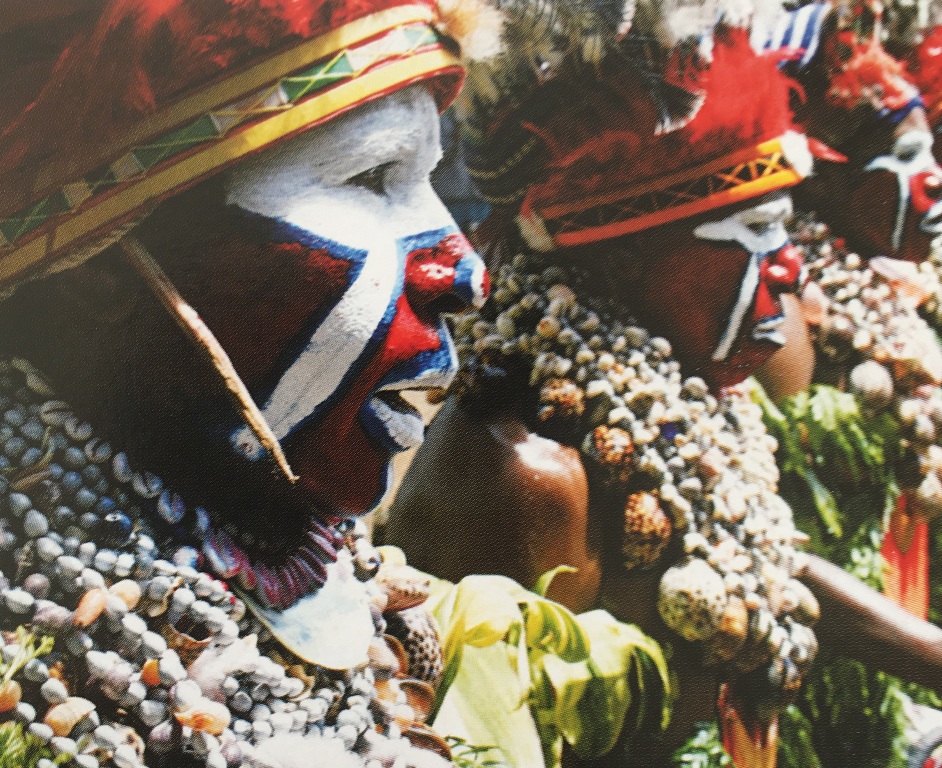 Although the laws of physics prove that travel to the future is possible, there is still no theory of travel to the past. But it is worth paying attention to the following tip: If you keep your eyes peeled, you can find a secret road to ancient times. In 1933, Australian Mick Leahy and his brother Danny Leahy were the first white people to walk in Waghi Valley in Papua New Guinea’s Western Highlands. Although it was thought that there were no settlements in the area at the time, these two traveling explorers were trying to prove the opposite. The sun is always hot in Papua New Guinea; The rain forests are vast, densely wooded, and the climate is heavy and humid. While walking patiently among the exuberant shades of green, they cannot believe at first glance at the scene they encounter. In an unexpected moment, they find native tribes in front of them. Native people covered in leaves, shopping with seashells, hunting with spears … Unexpected meeting takes place, Native men, women and children experience a mixture of fear and curiosity upon their first encounter with white-skinned people.

If you decide to step into those distant lands today like the Leahy brothers, prepare yourself to meet the virgin side of humanity full of surprises. The country itself is truly enormous; this is an undeniable fact. Papua New Guinea, with the world’s third largest rainforests, untouched rivers, numerous valleys and volcanic mountains and virgin islands, is a blessing for human beings.

The majority of the population lives in tribes in villages. Each tribe has its own refined dialect. One indication of this is that 800 of the 3000 languages ​​in the world are spoken in Papua New Guinea. Language diversity is also reflected in Singsings. These are usually a wedding, funeral, or ceremonial celebration held among one or many tribes at the same time to pay homage to another tribe. Each tribe has its own way of embellishing its members and the accessories are truly stunning. For example, “opossum” (a type of cat) skin, bird of paradise feathers, necklaces made of huge seashells, shiny leaves, bones, and all the other little treasures that can be found there can be used as water artifacts. Most tribes also paint their faces with natural dyes. For example, the men of the Huli Tribe grow their hair and cut it and save it for later use as wigs. Goroka Tribe males, on the other hand, cover their bodies with mud. Then the drums start to play; The tribal members who dance to the songs begin to worship in the shadow of the fire as if passing by. These celebrations have such a different beauty that they echo in your body; it also makes you want to join them.

Would you like to be a guest of tribes?

If you have the opportunity to travel to Papua New Guinea, you can take advantage of its beaches and excellent diving spots. This journey is also a unique opportunity to visit relevant museums and exhibitions. If you want to spend time with the locals and get to know the culture closely, you can ask the tribal people to host you. Make sure that your offer cannot be rejected. In addition to the sun that burns your back, the warm looks of people’s eyes will also warm you up. It will affect you deeply to feel this bond of love that is evident among all the villagers. In the face of the hospitality you will witness, you will not care about the muddy roads you walk, even the dusty streets. When you feel like you are thirsty, they will offer you clean water from its source, from the waterfall just behind the hut. Is this water drinkable? You may wonder; But be sure that this is perhaps the purest, cleanest water produced by our world. During your stay, you will question their lifestyles over time. Don’t worry if all the hygiene rules you know seem meaningless to you over time. According to the Papua New Guineans, this is the only place on earth with the cleanest pollution. You will get tired of boiling the rice, chicken, vegetables and leaves you always eat. When you go to their garden, you will immerse your hands in the blackest and most fertile soil you see. Even the taste of this soil that has never been contaminated with chemicals will not scare you. You will breathe pollution-free air. When you look around, you will see hills, plains and valleys that are not polluted by tall buildings. Then you will turn to yourself and realize how you are free of prejudices and bad ideas in time. With the laughter of men and women who have taken a break from gardening, resting in a shade, you will realize how fast time passes without actually doing anything other than being there.

The opportunity to meet the forgotten face of life

It is the best advice I can give to any Westerner to face this way of life that completely contradicts us. It’s an experience that reminds us that we don’t come to this world to drive, we don’t have to spend an entire afternoon in a neon-lit mall. While it is possible to experience the past in Papua New Guinea, as we suggest, it is also very difficult to avoid this same past colliding with the future. Independent of Australia since 1975, this new country struggles to make a link between its rich traditions and the consumer influence of the West. The fact that the only reliable airline in the country demands very high prices also makes people revolt. The hour you spend here to wash your clothes by hand or take a bath in the waterfalls will no longer be like wasting time, but a special moment in nature alone.

A little bit of geography …

A large part of the country is covered by a range of mountains extending to Irian Jaya. There is a volcanic mountain group in the region along the Vitiaz Strait up to the Bismarck Archipelago. Lamington Mountain, which is in the southeast, showed a very violent eruption and eruption in 1951. The highest site is the 4509-meter Wilhelm Mountain. The main rivers of the country are Fly, Kikori, Purari, Sepik, Ramu and Murkham. The major non-volcanic islands that make up Papua New Guinea are: D’Entrecasteaux Group, Louisrade Archipelago, Trobriand Islands, and Woodlark. Apart from these, New Ireland, New England, Manu and Bougahville are volcanic islands. Papua New Guinea remains about 10 ° C below the equator. For this reason, two places close to each other are in the tropics, two seasons; generally under the influence of a hot and humid climate. Severe southeast winds in May-December bring rain and a cool environment to the region. In January-April, the northwest winds bring extreme temperatures and heavy rainfall. Average monthly temperature is around 25 ° C in June and around 28 ° C in December-January. Heavy rains caused the forests to be very dense, and in parallel, the lands were reduced in terms of arable land. Papua New Guinea’s animals are almost identical to those of Australia. Marsupials make up the majority. Also, reptiles are found in many breeds. There are different kinds of birds in the country. Colorful birds, each different from each other, are the most interesting animals of the country’s forests. Undoubtedly, ostrich and parrot have a special place among them.