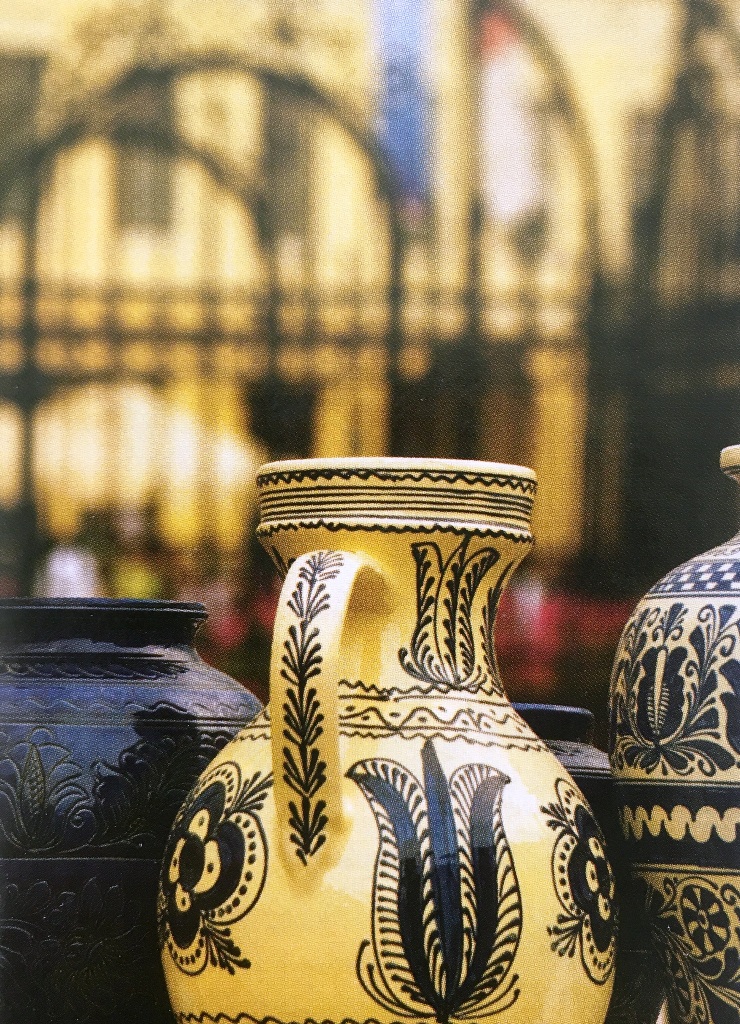 Transylvania is engraved in our minds as a mysterious realm lurking by horror-filled characters and vampires, especially thanks to Bram Stoker’s novel “Dracula”. But “real” Transylvania has nothing to do with the fantastic horror empire in which vampires roam in its misty forests and Draculaes and Frankenstein in its dark castles. With a train ride to be made in Transylvania, it is possible to see the little-known historical and cultural richness of the region and the dazzling natural beauties.

It’s a hot June day … I’m in Bucharest’s Gare du Nord. I can’t wait to get away from the hustle and bustle of the city and make my way to Transylvania. Then our train is moving. First, we travel through Bucharest’s aesthetic-deprived reinforced concrete buildings and the last factories of the socialist era. Then we pass through the flat geography we call “Wallachia”, and Westerners call “Wallachia”. When our train reaches the industrial city of Ploiești approximately one hour after its departure, the Carpathian Mountains with snowy peaks and densely covered forests appear in the distance. Since Transylvania’s literal meaning is “the country behind the forests”, I think the region must be beyond the mountain ranges that stretch over the future. After a short break in Ploiesti, our train travels for about another hour. The vast plains of Wallachia end. This time, we follow foggy mountain slopes, go in and out of black forests, pass through tunnels and bridges. And suddenly I see Brasov among the green valleys. Located between the Carpathian Mountains, Braşov is my first stop in Transylvania. This is the city of green and orange.
Orange tiles cover the city like a canopy; surrounded by forests containing all shades of green. The characteristic architectural and historical texture of the old city has been completely preserved. The best place to watch and photograph Brasov is Mount Tampa, on which the city rests. You can walk here in 45 minutes. However, like many other people, I choose the easy route and take the cable car from the city center in 10 minutes. The most striking building when viewed from above is the Black Church with its giant architecture. The construction of the church, which started in the late 14th century, took 100 years. This is why the church, which was partially burned down during the Habsburg invasion in 1689, was named the Black Church. It is possible to see the 89-meter bell tower of the Black Church, which is said to be the largest Gothic church between Vienna and Istanbul, from all over Braşov. After seeing the big church of the Balkans in Braşov, this time I go back to the historical city center to see the smallest street of Romania. Strada Sforii, 83 meters long, is only 135 centimeters wide at its widest. I mean, I can’t even walk with both arms open. With its snowy peaks and winter sports centers around it, I set out to see Bran Castle, which is also called “Salzburg of Romania”, visited by every visitor to Brasov.

Built by the Hungarians at the end of the 14th century, the castle was used as a customs control point in the transition from Wallachia to Transylvania. Located on a mountain pass on the Wallachian-Transylvanian border, this legendary castle is a harbinger of the arrival of visitors to Transylvania … The castle, which was the residence of the Romanian King from 1920 until the communist regime was declared in 1948, Along with Poenari and Hunyad Castles, Dracula is marketed to tourists as places where Dracula lives.

Journey to the Middle Ages in Segeshvar …

After spending the night in Braşov, I wake up to a sunny morning and set out for Sighisoara, or Segeshvar, as it is known in Turkish. Our train departing from Braşov passes through the fields, stops in villages large and small, and reaches the enchanting beautiful Segeshvar after about two and a half hours. This is a tiny city built on a slope opposite the Tamava Mare River. Segeshvar is small in size, but has always been important throughout history. The famous Wallachian Prince Vlad Tepeş, known as “Kazıklı Voyvoda” was born here in 1431. Another important figure, George Rakoş, was crowned Hungarian Kingdom here in 1631.

The most striking on the skyline of Segeshvar is the 12th-century castle. Segeshvar Castle was built by the Saxons who lived in this region in the Middle Ages. This is one of the best preserved castles in Europe. A Medieval Festival is held in the castle, which is on UNESCO’s World Cultural Heritage List, every July. I go to Segeshvar Castle through narrow cobbled streets. Its cobblestone streets and houses with sword marks on the walls have remained unchanged for hundreds of years. Like every visitor to Segeshvar, my eyes are looking for the house where Vlad Dracul lives. The house of Dracul, Prince of Muntenya between 1431-1435, is in the castle at the end of the stairs. This is the house where Dracul’s notorious son, Kazıklı Voyvoda, was born. I leave Segeshvar behind and take the bus from the Saxon region of Transylvania towards the Hungarian region. The 55-kilometer winding road winds through mountains, hills and meadows to reach the city of Targu Mureş. The main buildings that decorate Targu Mureş, which remained under the domination of the Habsburg Empire for many years, also date from this period. The most striking of the historical buildings in Targu Mureş is the Palace of Culture. The long hall called Mirrored Hall in the building built just before the First World War is especially worth seeing. The Hungarian and Romanian speaking population of Targu Murest is equal today. 100 years ago, Hungarians made up 90% of the population.

The Heart of Dacia: Cluj-Napoca

After spending the night in Targu Mureş, I set out to go to my next stop, Cluj-Napoca. Paul Theraux uses the phrase “world on wheels” for train journeys in one of his book. As our train travels from Targu Mureşten to Cluj-Napoca, I greet Theraux once again by watching the green nature of Transylvania and the small Romanian villages scattered on the slopes. The journey from Targu Mureş to Cluj-Napoca takes about two hours. Cluj-Napoca, which is equidistant from Budapest and Bucharest, is Transylvania’s largest city and capital. The center of Dacia Region … Its population is just over 300 thousand. A great number of clergymen, physicists, botanical scientists, philologists, engineers and artists have been trained from academies and universities in Cluj, a city that should be visited or even a few days off on a Transylvanian journey. Carrying such a rich historical and cultural heritage, Cluj is still one of the liveliest, most cosmopolitan cities in Romania today. Cultural activities are not interrupted, especially in summer. The most famous of these is the Transylvania International Film Festival, which has been held every year since 2001. The most striking structure in Cluj is St. Michael’s Church and the huge bust of the Hungarian King Matthias Korvinus rising in front of it. The gothic architecture of the church is one of the best examples in Transylvania. The Teleki and Banfy palaces around the church, the Franciscan Monastery, the first Unitarian Church in the world, the Piarist churches and the house of Korvinus, which is today the Academy of Visual Arts, are places that should not be missed during a Cluj visit.

I set out for Sibiu, the last stop of my journey. Sibiu is one of the most popular tourist attractions in Romania today, which has shined its star in the last 10 years. It would not be wrong to call Sibiu, which received the title of “European Capital of Culture” in 2007, “the tourism and cultural capital of Romania”. You can feel the smell of history on foot in the completely renovated old city center. The exhibitions, theaters and concerts I have come across in its narrow streets are evidence of Sibiu’s wealth… With its peaceful and tranquil environment, Sibiu is in complete contrast to the chaotic appearance of the capital Bucharest. If they summarized Sibiu in a few lines, I would call it “open air museum”. The Sibiu Castle, the Old Town Hall, the Council Tower that has stood for 700 years, the Brukenthal Palace, one of the best examples of Baroque architecture in Transylvania, the Orthodox Church with its fascinating mosaics and the Metropolitan Cathedral. Hundreds of years of history is almost as if it is within a few square kilometers … And who hasn’t come and gone from this romantic city … I save the Saxon villages of Biertan and Valea Viilor, the Romanian Hungarian capital, Timisoara, the legendary Fağaraş Mountains for the next trip.