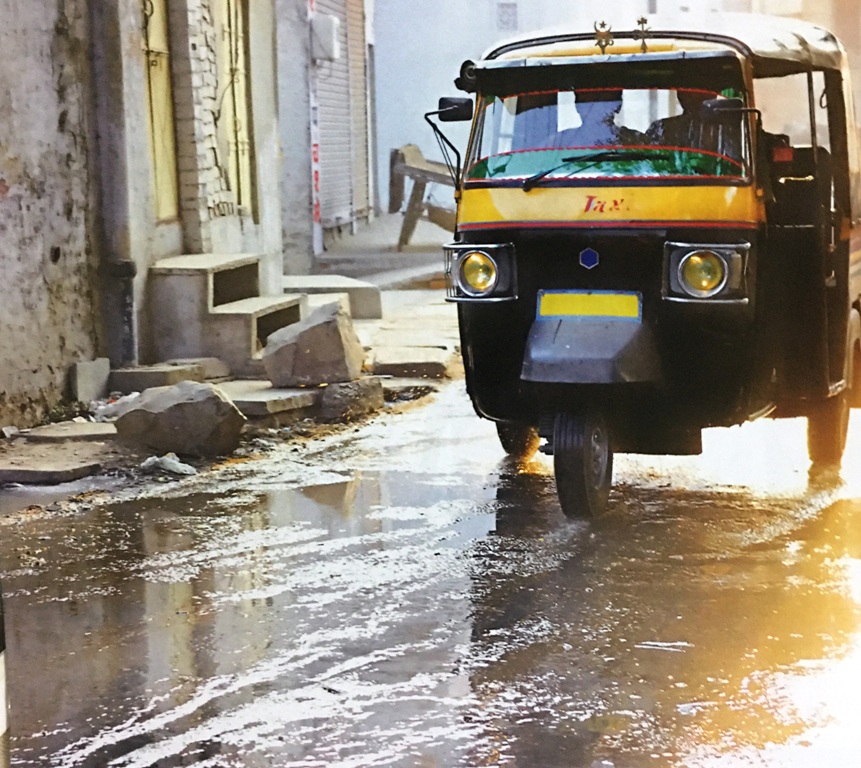 In this golden triangle of Delhi, Agra and Jaipur, it is not possible to be indifferent to the dramatic atmosphere of the cities.

If you want to trace the royal tracks in the most legendary cities of Northern India, to trek the way to the royal castle of Jaipur with elephant and experience the privilege of feeling like a modern Indian prince or princess of today, join this adventure without delay. Forget who you are for a moment and travel to the colorful worlds crowned with royal prints, caught up in the breeze of Bollywood dancers. It is not possible to be indifferent to the palaces, ancient city ruins and the dramatic atmosphere of these colorful cities in this golden triangle formed on the shoulders of the royal, consisting of Jaipur, the largest city of India, Delhi and Agra.

Thousands of tourists from all over the world come to Agra for one reason: to rest in the shadow of the Taj Mahal.

Although visitors who have come to this region for nearly a century have received help from guides about places to visit, food to eat and things to do, there is an issue that most guides hesitate to help. Journey to the depths of the Himalayas … Perhaps the most different, exciting and surprising region of the journey in India, the mountains rise to the sky around the city as if they were independent from the world, and even the sight is enough to impress everyone who sees it.

Our trip begins in Delhi, which is one of the places that many travel lovers do not ignore during their travels. When our plane lands, all our senses are almost stimulated. The movement, hum, crowd, colorfulness and the different characters I encounter at the airport awaken me from my deep sleep.

Crazy drivers on the streets

Before coming to India, I was warned by many local and foreign people about many issues. There was one thing that they all agreed on. The experience of driving on the streets of India is very different. According to the locals, you need three things to drive on the streets of India: Horn, brakes, and good luck. Hoping that the streets are blessed by the Hindu god, we too get into the mess. As you are used to, there are not only motor vehicles on the road. Bicycles that try to keep balance on their wheels and carry passengers, motorcycles that do not know the rules, and many means of transportation we have not seen before are on the road. This is a region that differs from the rest of the world with different touches, just like Indian food flavored with spices. This is a place where the whole family can fit on a single motorcycle, just like the babies who take their place between their parents, the buses crowded with people and goods are in a traffic jam and the limits are pushed. As you spend time on the streets, you start to think that people are competing with each other to get into the Guiness book of records. The occupancy rate of the buses, the human landscapes you see on the road, the city life you know in every aspect make you forget everything you have ever seen.
There are places in the city that are free from noise and crowds. The green areas that color the slopes and the area where Gandhi’s tomb is located is completely different from the city. An elderly man who witnessed Delhi’s hectic days tells us about the planned assassination attempt 10 days before Gandhi’s death.
The chaos and crowd decorating the streets of Old Delhi are enough to confuse your mind. Customer sitting in front of their little shop
Waiting goldsmiths, the crowded view created by electrical wires in the sky as if the density on the ground was not enough, the wardrobe carried by school children on their bicycles, and unimaginable items such as a giant piece of ice that is about to melt lock your eyes on these images. Along the 200-kilometer Grand Trunk Road connecting Delhi and Agra, we realize how much India has changed from the past to the present. This street, which has influenced everyone with its mobility today, was one of the important trade routes used by cargo-carrying caravans in the past.

From Delhi to Agra …

Between 1526 and 1658 the capital was Mughal, and in the late 17th century India’s first highway was built on this trade route to connect Calcutta to Pakistan. The part of the road overlooking the city is covered with large agricultural fields and rice fields that stretch as far as the eye can see. The fields, on the other hand, are decorated with working women, agricultural tools and idle cows that bloom like flowers on the fields with their colorful saris. The road, which is lined with banana trees, fragrant exotic plants and fruit trees, takes you to Agra.

Home to 1.6 million inhabitants, Agra is home to the world famous Taj Mahal. Thousands of tourists from all over the world come to Agra for one reason. The aim is to spend a few hours in the shadow of the Taj Mahal. Many tourists are fascinated by the sight and it is not difficult to see that they are not disappointed with their faces. The Taj Mahal is a mausoleum built in memory of the favorite wife of Mughal King Shah Jahan, Mumtaz Mahal. Built with white mosaics, the monument is just one of three UNESCO-protected buildings in Agra. Since the king had this tomb built, it is possible to guess that no spending was spared. The monument, which was built by elevating its different architecture and stairs, immediately captivates you with its gold coatings, colorful tiles and its mystical texture that changes every hour of the day. Another structure worth seeing in the city, which is also protected by UNESCO, is Agra Fort.
In addition, Fatehpur Sikri is another UNESCO-sponsored work that awaits you on the road to Jaipur with its red-colored columns and enchanting atmosphere. The city of Mughal, which was the capital between 1571-1575, manages to attract thousands of tourists from all over the world with its architectural texture. Here, it is possible to see the influence of Islam and neighboring countries. The region was opened to tourism within 15 years as a result of the construction works started by UNESCO 14 years after it was abandoned. It is among the places where everyone who falls here is visited right now.

The last stop of our trip is Jaipur, also known as the Pink City today. The reason it is named the Pink City is because the buildings were painted pink in 1876 to welcome the British nobility. The city is located in a semi-arid region of Aravalli, the oldest mountain range. The women of the region are striking with their colorful saris and the gold they wear. I stopped for a moment and let the colorful crowd and different atmosphere of Jaipur surround me. This place is really fascinating. Waiting for you with its colorful texture like Taj Mahal, Jaipur Amber Fort is among the places you should definitely visit.

Under the guidance of elephants.

Managed by the same family for 14 generations, Amber Fort is another face of India, with women in colorful saris, camels and elephant groups used for transportation in the desert surrounding the city. As I move towards Fort, I get the chance to ride the net. The film determines the route, which knows the roads and carries many tourists like me. It moves towards the hill, turning its direction to a point overlooking Maota Lake. The scenery I see when I reach the top is enough to understand why people travel thousands of kilometers to see this place.